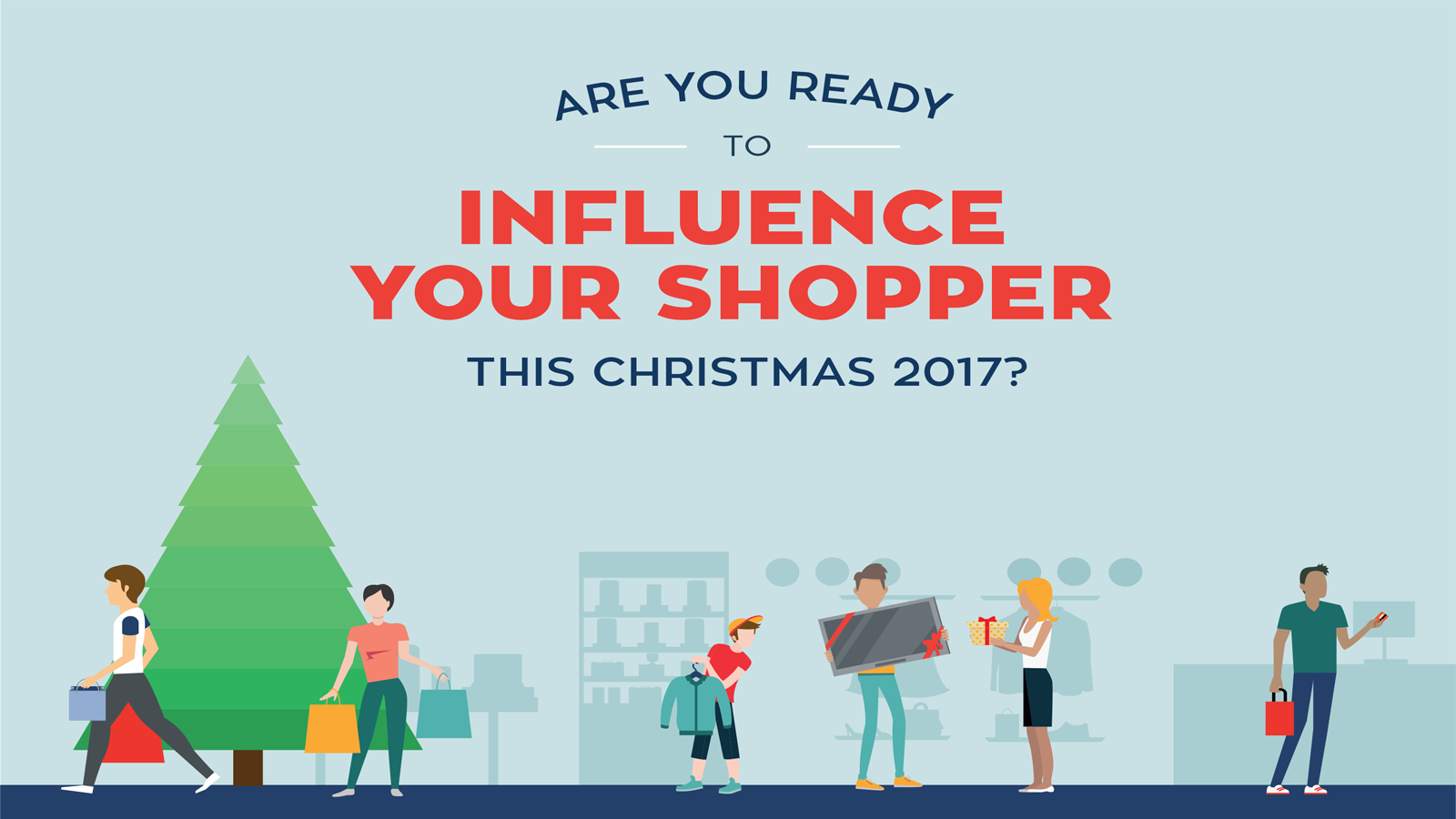 CPM Australia, a leading direct sales and contact centre agency and member of CPM International Group; partnered with ACRS to to undertake consumer research to better understand their understand their Christmas shopping intentions. The findings revealed that Australian holiday shoppers preferred to shop in-store than online. A summary of the findings and downloadable infographic are available below.

With the busiest retail period of the year around the corner, we surveyed Australians to better understand their shopping intentions for the 2017 Christmas season. We partnered with the ACRS Shopper Tracker via an online survey with a sample size of 456 shoppers representing the Australian population to gain insights surrounding this key trading period.

“The research reveals that physically touching products will drive purchase decisions this holiday season,” said Andrew Potter, Managing Director, CPM Australia and Retail Safari. “Sixty-eight percent of respondents confirmed that the ‘ability to see and touch’ the product remains the top reason for shopping in-store. Aside from touch creating symbolic connections between buyers and sellers, the data also reveals that the physical store is still the most preferred channel for Australian consumers this Christmas.”

Bricks & mortar VS e-commerce is no longer valid

However, the research reconfirms the notion of bricks & mortar versing e-commerce during the festive season is no longer valid. Australian Christmas shoppers are seeking seamless experiences within their in-store and online shopping undertakings. Increasingly, retailers are recognising that the most valuable shopper this holiday are those who shop across multiple channels and are looking for a consistent omnichannel experience.

Festive spending on the rise

As the convergence between online and offline retail becomes more widespread, the desire among Australians to complete their Christmas shopping in actual stores is still strong this year. This holiday season, most consumers plan to use both physical store and online (56%), or only physical stores (30%) to conduct their shopping. Compared to last year, those surveyed who plan to use solely online channels during this holiday trading period has increased from 8% to 14% this year.

The study also reveals that holiday shoppers’ path to purchase will start even earlier this year. It seems there are plenty of early birds who are keen to get their wish lists out of the way and are likely motivated by spreading costs over three months instead of one. The figures also indicate the majority of buyers are planning to do most of their Christmas shopping as early as November (50%) leaving only 29% making purchases in December. For those aged between 18-34 early November is their expected holiday shopping month. While those aged 35-54 anticipate to shop in December and for those aged 55-74 expect to shop between late November and December.

The most surprising change the study reveals is the switch in Christmas traffic intentions between department stores to discount players. New price-conscious shoppers are now changing directions and are seeking out gifts that won’t break the bank. With 64% of respondents signalling that they’re substituting department stores for discount department retailers over this festive season, we believe this switch as being driven by price and choice. Compared to our 2016 study, this interchange could result in department stores seeing up to 15% less traffic this season.

Gift cards will be the star of the season

While holiday gift categories remain fairly stable, shoppers are intending to buy more DVD & Blu-ray movies or CDs for music (+10%), toys, dolls, games (excluding computer) (+9%) and electronics (+6%) compared to 2016. Gift cards or gift certificates will be the star of the season and remain the most popular gift choice (50%); while craft items and sports gear are among the least popular across the three age groups.

“This latest research reconfirms the notion that the digital age continues to change the way people shop, especially this Christmas. Today’s digitally connected omnichannel shoppers are looking for more than just products to buy – even when they’re shopping for others this holiday. They will be seeking sensory experiences, as well as seamless, valuable and actionable retail experiences that are consistent with their digital expectations,” says Mr. Potter. “Partly driven by the impending arrival of Amazon and the rise of e-commerce overall, brands and retailers are rediscovering what made them special to begin with. As a result, experiential retail will be prominent this Christmas as brands and retailers will be sharpening their focus through stronger connections with their consumers, by featuring alluring merchandise and encouraging shoppers to engage with the store and their staff. Therefore, the moral of this Christmas story is that it’s vital for bricks & mortar retailers to provide a festive experience to someone going into their store that they couldn’t receive through another channel.” 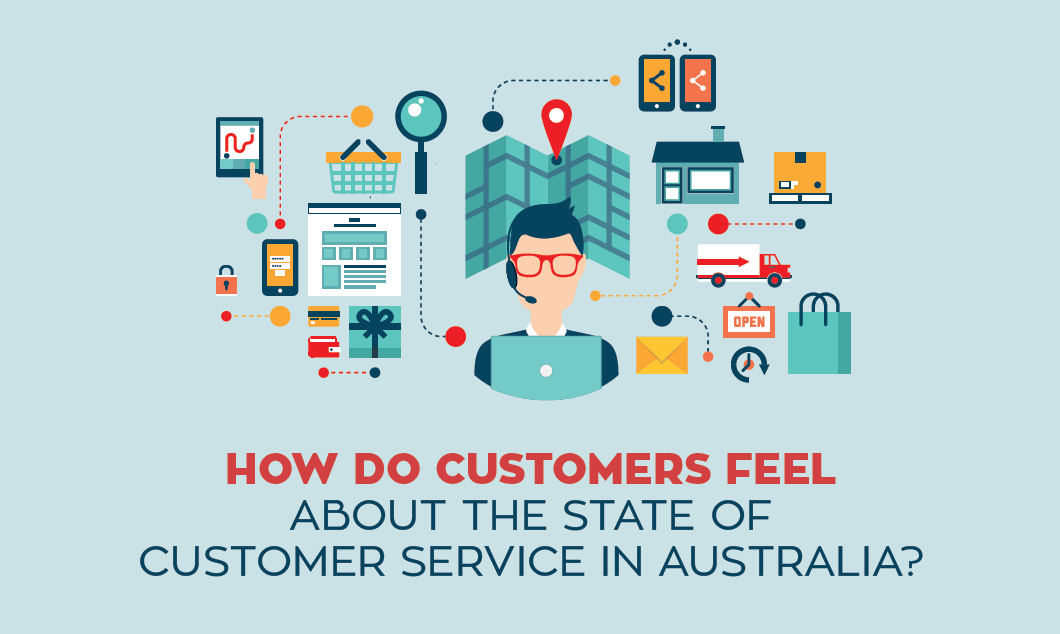 CPM Australia, a leading direct sales and contact centre agency and member of CPM International Group; partnered with ACRS to undertake a consumer research study analyzing the current state of customer service in Australia. The findings revealed that Australian consumers tolerance for poor customer service is lower than ever. A summary of the findings and downloadable infographic are available below.

Australians’ tolerance for poor customer service is lower than ever

Today’s consumers are faced with more choices than ever when considering how they want to reach a brand. They’re more digitally connected, socially networked and better informed than ever before.

Consumers are saying it’s still so hard to navigate and resolve customer service issues. These growing number of touch-points has had the negative effect of widening the gap between brands and consumers.

The power of word of mouth

The research points out that the power of word of mouth still holds its top ranking as the most popular channel. It reveals that the majority of disappointed consumers share their customer service experiences with one to five people. For those who have had a negative experience, 79% will air their grievances with friends compared to 72% who will share their positive interactions.

“It’s been a long standing belief that recommendations from friends and family is the most influential channel over all other forms of marketing. Yet, if consumers value word of mouth and marketers believe it’s effective, then why aren’t brand owners more focused on it?” said Martin Robbins, General Manager – Contact Centre, CPM Australia.

“I believe that the problem is that for the last few years, brands and retailers have been more focused on “collecting” instead of “connecting” directly with customers,” continued Martin. In other words, brands can get too caught up in collecting social media fans while forgetting to actually connect with them. Having 100 really passionate fans that love your brand or product is exponentially more effective than having 10,000 “fans” who’ve signed-up just for the off-chance of winning a new gadget.

The survey also reveals some costly realisations. Over one third (34%) of customers surveyed have stopped shopping at a company in the past year due to a poor customer service experience.

In today’s competitive markets, brands can’t afford to lose sales due to poor customer service. This research validates that customer service stories are spread widely — especially bad ones – and in our experience, you’re typically judged by your resolution and not the initial issue. The quality and immediacy of contact, response and resolution of complaints or queries cannot be underestimated in a world where consumers are less brand loyal and where social media and word of mouth can make or break brands.

In an age where technology dominates our lives, the research shows that dealing with human being trumps social and mobile channels. Across all the age groups, 61% percent attributed an important factor to good customer service experience was getting their query resolved on the first attempt and speaking with someone in Australia (60%).

The study also suggests that social media and mobile channels will not solve customer service queries. For both simple and complex enquiries, customers’ top preferred communication channels for customer service based enquiries includes: speaking with a real person on the phone, followed by face-to-face (in store), and finally through email. Not only does the study reconfirm the notion that customers are seeking a human connection, but they are also seeking local Australian knowledge.

Hear more about how Predict helps our clients

Top
This site uses cookies to improve your experience and to provide services and advertising. If you wish to continue to browse our site, please accept our Cookie Policy. You may change your settings at any time but this may impact on the functionality of the site. To learn more, see our Cookie Policy.Accept
Cookies Policy

Enter the username or e-mail you used in your profile. A password reset link will be sent to you by email.